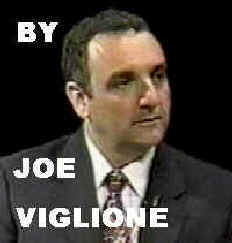 TERMINATOR 3: RISE OF THE MACHINES

When Arnold Schwarzenegger lost half of his arm fighting Robert Patrick towards the end of Terminator 2:Judgment Day, one might have thought that Skynet and Cyberdine would come back to life via that route.

Out the window went such an opportunity along with series creator James Cameron, original actress Linda Hamilton and even the second John Connor, Edward Furlong (his older self never given more than a few seconds onscreen anyway). What has resulted is a film with great texture that can stand on its own or as a component of this saga which takes decades to unfold.

Without actors from the original Terminator---Michael Biehn, Rick Rossovich and Bill Paxton, who were about as unknown as this cast way back when---this flick gives us an entirely new change of scenery---well, except for Schwarzenegger, of course.

Not only was this flick's Nick Stahl only about five years of age when Terminator Arnold crushed the little toy in the street before shooting one of his Sarah Connor victims, so was this flick's Claire Danes. Arnold doesn't look like he has aged at all, and what else is totally surprising about Terminator 3 is that the plot, the mechanics, the cinematography and the pacing are all as clever as the script---all of which prove that the franchise has also aged very well.

While The Matrix and its sequels, which owe more to The Terminator than anything else, get

heady and complex, Terminator 3 just crashes through the screen doing what Charlies Angels: Full Throttle tried so hard to do---and failed so miserably at doing it.

For my money, Terminator 3 delivers the knockout punch. Even more impressive is that Ang Lee's The Hulk had so much potential and yet---despite Eric Bana's opportunity---The Hulk is diminished by Terminator's staying power, something that shouldn't be the case. Shaking things up and making the most of opportunities is the key to the success of Terminator 3.

There is some heavy handed humor. The monosyllabic Schwarzenegger too often quotes past Terminator trademarks, but there is subtle comedy as well. Such as naming a cat from a line out of an Elton John song. Or police cars, not with minds of their own, but controlled by the mind of the new Terminator, who directs them to cause extreme mayhem. It shouldn't be so hard to give the people what they want and Schwarzenegger and company do it with relish.

The robots out of control are on a mission, and they succeed. Where Matrix Reloaded boasts a car chase scene that may never be duplicated, the barbaric truck ride T-X takes T-800 on while chasing Stahl and Danes is far more effective. Reloaded gets the award for deep, thought-provoking science fiction while Terminator 3 wins hands down for action, unexpected twists, and a brilliant surprise ending, leaving the door open for lots more electronic thrashing.

It's an intense demolition derby with terrific carnage---it is a Marvel Comic come to life, and---despite the same old plot line from 1984 and 1991---the magic is in the new perspective. Terminator 3 truly takes us further down the rabbit hole of this catch 22 of artificial intelligence, initiating full scale war. Note the differences between Terminator and Matrix. Terminators are real robots, Lost In Space metallic entities with evil on their mind, while Matrix a.i. are computer programs. The mechanics behind the robots is key and that both film franchises are on the playing field at the same moment in time is truly an amazing conversation piece for future film historians. This is revolutionary science fiction---the fully clothed Ozzie & Harriet sleepover Kate and her fiancé have, in bed and fully clothed and the 4:30 a.m. phone call allowing us to peer into their private life, is in stark contrast to Kristanna Loken's point blank effortless murders. The original Arnold Schwarzenegger Terminator was a hulky bulky machine, the Wizard of Oz tin man with an axe to grind, while Kristanna Loken takes even Robert Patrick's icy knifings to a more brutal extension---she points the gun and fires. Bang, bang, bang!

Terminator 3 doesn't celebrate violence as much as use it to show how unfeeling mankind is. The nuclear weapons were made for protection but create an imbalance. Only the Terminators make sense. Equal power against equal power when Arnold turns the future weapon on another futuristic weapon at Robert Brewster's command central. The moral of the story is found in Matrix Reloaded when The Oracle and a human both surmise that working together is the only possibility. Mankind can't get along and the violent solutions mankind creates fulfill David Andrews prediction that he has opened pandora's box.

Terminator 3 is as successful as Aliens in terms of taking a logical step forward. It is more successful than Aliens because there is a deeper meaning coated with enormous dazzle and anticipation. There was a buzz on the street and in the press the moment this film hit the big screen---it is one of the few movies to be far more exciting than its trailer. Would love to see this one on an Imax screen---it makes The Hulk come off like Finding Nemo. Bruce Banner can say "you don't want to see me when I'm angry" but Schwarzenegger is much more menacing when he notes that "anger is more useful than despair." Fascinating stuff on manylevels.

There's a weird father/son thing between the Hulk and Nick Nolte, reiterated by his girlfriend Betty Ross and her dad, the Captain Ahab of the Hulk. Claire Danes and David Andrews have the other side of that - he's too busy to see his daughter, she falls apart at the thought of losing him. But the T-800 is still there for John Connor. Which means Mr. Anderson/Neo in Matrix is truly an orphan, the anomaly hatched by machines, and called in Matrix 1 by his teacher "a machine." Which means, Hollywood has gone beyond stealing ideas from each other, these films have serious overlap that may be the start of some future movie fusion. Spiderman meets Superman? It's already been done in the comics, and to pull it off, Terminator 3 is going to have to be the prototype.  ##

CLICK HERE TO GET TO INDEX OF COLUMN NINETY-FIVE