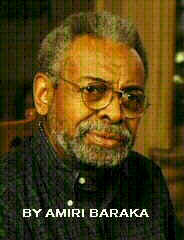 By now it is almost impossible to find out just what did go on at Minton's during the early '40s. There are so many conflicting stories, many by people who have no way of knowing. But in my adolescence the myth went something like this: "Around 1942, after classical jazz had made its conquests, a small group used to get together every night in a Harlem night club called Minton's Playhouse. It was made up of several young colored boys who, unlike their fellow musicians, no longer felt at home in the atmosphere of 'swing music.' It was becoming urgent to get a little air in a richly decked out palace that was soon going to be a prison. That was the aim of trumpeter Dizzy Gillespie, pianist Thelonious Monk, guitarist Charlie Christian (who died before the group's efforts bore fruit), drummer Kenny Clarke and saxophonist Charlie Parker. Except for Christian, they were poor, unknown and unprepossessing: but Monk stimulated his partners by the boldness of his harmonies, Clarke created a new style of drum playing, and Gillespie and Parker took choruses that seemed crazy to the people who came to listen to them. The bebop style was in the process of being born."

It sounds almost like the beginnings of modern American writing among the émigrés of Paris. But this is the legend which filled most of my adolescence. However, as Thelonious Monk put it. "It's true modern jazz probably began to get popular there, but some of these histories and articles put what happened over the course of ten years into one year. They put people all together in one time in one place. I've seen practically everybody at Minton's, but they were just playing. They weren't giving lectures."

Minton's opened in 1940 on 118th Street in the Hotel Cecil. Teddy Hill, the band leader, was running the place, and it was only natural that a lot of musicians would fall by whenever they got a chance. Even before the "bop" sessions got under way, musicians who were working up the street at the Apollo would come by after their last show, or even between shows, and sit in with whoever was on the stand. Monday's became the best night for open sessions, because a lot of musicians didn't have to go to their regular gigs. Charlie Christian used to cab it up from midtown. where he was working with Benny Goodman, after his last set and sit on the stand, no matter who was tooting, until four in the morning when the place was supposed to close. (When it did close musicians went further uptown to Monroe's.)

Lester Young, Coleman Hawkins, Ben Webster, Roy Eldridge and a lot of older musicians used to come in the place, too, although, one of the tales about Minton's is that Roy stopped coming in once Gillespie stopped imitating him and started blowing his own thing. Every night was cutting night, but Monday all the axes came out for real because the audiences were just about as hip as the musicians. In fact most of the audience, after a while, were musicians themselves.

There had to be a feeling of freedom and the excitement that goes with individual expression, because all of this began in the midst of the Swing Era, when the arranger, not the soloist was the important man in jazz. There were good soloists in the worst popular swing bands, yet even in the best bands, the arrangement wore the soloists like a Bellevue sport coat. But Minton's was where these young musicians could stand up and blow their brains out all night long, and experimentation led to innovation. A lot of musicians would leave Minton's after one of the Monday sessions claiming Monk, Bird, Dizzy, Klook and the others were purposely "playing weird," just so they could keep the bandstand to themselves.

Bop also carried with it a distinct element of social protest, not only in the sense that it was music that seemed antagonistically nonconformist, but also that the musicians who played it were loudly outspoken about who they thought they were. "If you don't like it, don't listen," was the attitude, which seems to me now as rational as you can get. These musicians seemed no longer to want to be thought of merely as "performers," in the old Cotton Club-yellow hiney sense, but as musicians. And this was an unforgivable change of emphasis for a great many people. Bebopper jokes were as common in the late 1940's as beatnik jokes recently. These Negro musicians were thought of as "weird" and "deep," the bebop glasses and goatees some wore seemed to complete the image.

About four years went by before any of the music that grew up in Minton's (and Monroe's) was heard by a great many people, because of the recording ban in effect at the time. Still the word got out, mouth to ear, that something really wiggy was brewing uptown. In 1944 when Gillespie and Parker started recording and working in some of the 52nd Street clubs, the whole jazz world got turned around, and the non-jazz world as well.

Today, Minton's is still full of sounds, though they are by no means "the new thing" or avant-garde. Usually, the groups that come into Minton's are stand-up replicas of what was highly experimental twenty-five years ago. These are groups that are now more "socially" acceptable, and make up the mainstream of jazz, for the uptown mainstream listener.

The new jazz, for all its intents and purposes, is centered downtown on the lower eastside, in lofts, small bohemian-type clubs, although there have been some efforts of late to return the newest expression of the black soul back home.