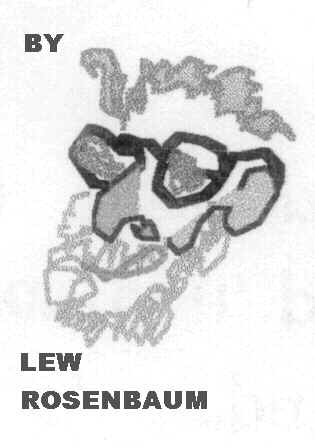 [Anthony Mazzocchi, 76, a labor leader instrumental in securing U.S. national safety and health legislation in the work place, died on Saturday, October 5, after a year of  battling pancreatic cancer.Mazzocchi, a native of Brooklyn, New York, who lived in Montclair, New Jersey, and in Washington, died at his Washington home.]

As many as you know, I am both afflicted with an incurable disease and blessed with an incurable optimism. Therefore, I am taking this opportunity to convey my sense of what we've accomplished, what we've learned and where we should head. I feel tremendously privileged to be serving as National Organizer. I could ask for no greater challenge and no greater opportunity than to serve working people in this era of incredible difficulties and opportunities.

For the first time in twenty years, Corporate America is losing legitimacy. It is cracking under the weight of its own greed. No longer can it play the goose that lays the golden eggs----the eggs that were supposed to become our 401(k) nest eggs. Instead, the goose is a pack of corporate foxes that have stolen the eggs and devoured them in an orgy of greed. Enron, WorldCom and Global Crossing are the foxes' names, with more to come. These corporate foxes have done what comes naturally to them---they have run off with hundreds of millions of dollars while destroying their companies and workers' jobs and pensions.

At the same time, Corporate America has accelerated its drive for the globalization of greed---an international trade regime that is killing millions of good paying jobs here and impoverishing workers around the world. The ray of light comes from the fact that Corporate America is on the defensive as the revelations continue to mount.

This means that our agenda, the only agenda that speaks unequivocally for the interests of working people, has great potential to form the basis for a new anti-corporate movement.

However, this is also an era of labor decline. When Labor Party Advocates was formed in 1990, labor represented 12 percent of the private sector. By 1996, when the Labor Party was founded, the percentage had dropped to 10.2. A new spirit of optimism was sweeping through the movement as progressives took office at the AFL-CIO pledging themselves to massive organizing. But corporate power did not yield. Six years later we stand at less than 9 percent. The implications of this decline for the Labor Party are many and profound. Unions are besieged.

They are losing ground on every front. They are consumed with day-to-day struggles. Except for a very few, they are in retreat. Several prominent labor leaders have told me that while they agree with the Labor Party ideologically, they have to be very pragmatic in this era. They fear losing access to politicians needed to help them survive. Others agree with our platform but don't have the time to build for the future. This state of siege, indeed, is a formidable obstacle.

First, we should be exceedingly proud of our working class agenda. It speaks directly and forcefully for and to the needs of working people throughout our country.

We alone forged an anti-corporate message that resonates with workers in every sector. Although our agenda is broad, we need to be clear that the core of our agenda is working class economics--the highest common denominator that brings us together. However, while our agenda has remarkable resonance, we must also recognize that many of us passionately disagree on a wide variety of questions. There is no shortcut to resolving such issues. Passing a resolution by a small margin on controversial questions will not help us organize or grow.

In fact, to many it will surely shut the door on us before we can even offer our powerful anti-corporate agenda.

As a result, we must show considerable patience. I urge that we refrain from tackling issues that deeply divide us. We need to show tolerance for a diversity of views that allows us to reach out to all segments of the working class. We need to find the balance between remaining principled and building our anti-corporate core. Now is the time to help shape workers' rage and frustration against Corporate America.

We have also learned a great deal about our organizing strategy and tactics. Our party was formed around unions, big and small. To complement that base, we expanded into securing mass individual memberships. As a result, the party has tremendously gained from the enormous contributions of individual members throughout the country. We must continue to treasure and support those contributions. However, we must also realize that such an organizing strategy is premature. We simply do not have the resources needed for such an organizing drive.

At the same time, our labor base, with a few notable exceptions, remains rock solid, and offers the possibility of expansion. Again, we need patience to guide us forward. History is an exacting teacher. It has taught us to concentrate on our labor base and build outward from it.

We have also learned a great deal from our organizing campaigns. The outstanding organizing efforts on Just Health Care, Free Higher Education and Worker Rights show a great deal of promise. They offer the Labor Party ways to shape national debates, to make our agenda heard. And equally important they open the door to holding discussions with unions who believe in our agenda, but are not ready to join the party. While these issues resonate with working people, they are not the only elements of our platform that ultimately must turn into campaigns. However, resource realities limit us to three or four campaigns at most. We should take pride in clarity of vision expressed by these campaigns.

Finally, we have learned about the wisdom of our basic electoral strategy. From the start we resolved never to play the role of spoiler. Our electoral rules insure that the Labor Party would always have broad labor support when it engaged in electoral politics. That policy has served as well.

As I reflect on these lessons, one thing is crystal clear: we have survived against formidable odds because we remained committed to our hardheaded organizing tactics, based on the realities of resources, and based on building a strong union foundation. Because the odds are still long, we must rededicate our commitment to the initial organizing strategies. But also, there is reason for profound optimism. Our time is coming. When corporations collapse, the opportunity for profound change emerges. Working people, at the height of the Great Depression, had the resilience to organize new institutions and reshape the economy. Then, as now, working people need an institution to voice their rage. I have dedicated a lifetime to building such an expression. It certainly will not happen in the limited time now afforded to me. But you have the ability to position our party for great deeds. While other groups may waffle, let this party serve as the dog at the corporate throat.

CLICK HERE TO GET TO INDEX OF COLUMN EIGHTY